For decades professional hand tool manufacturers from around the world have selected Anglo American Tools as their primary distributor and sales agent in the United States.

The company was founded in 1973 by Derrick and Sheila Tuck, who immigrated from England, with the vision of offering hand tools from Europe to professional contractors in the United States. Over the years, Anglo American Tools gained a reputation among European suppliers, as well as distributors across the United States, as offering a comprehensive range of superior quality professional hand tools.

In 1984, after completing a dual degree in Electrical Engineering and Marketing from Drexel University, their son, Stephen, joined the company and began his work experience with the importing and distribution of Elektra Beckum woodworking machinery. This division worked closely with customers and at end-user trade shows in addition to the woodworking tools being offered by Anglo American. During the first seven years, Stephen was also involved with the development of the catalogs, price lists, and the organization of the relevant trade shows for not only Elektra Beckum but also Anglo American. Stephen had begun his career in the company at the age of 7, performing functions in the warehouse, and over the years, gained a vast knowledge of the hand tool industry.

For the first 15 years since joining in 1984, Stephen worked in several capacities within the company to ensure a thorough understanding of all facets of the company. Following the retirement of Derrick in 2001, Stephen was appointed President of the company. After Derrick’s untimely death in 2003, the company continued its growth in various markets. During the following 5 years, an analysis of product lines was performed and various business plans were developed to ensure the philosophy of supplying a broad program of superior quality professional hand tools. This included discussions with new prospective suppliers as well as assisting Knipex with the development of their own sales operation in the United States. 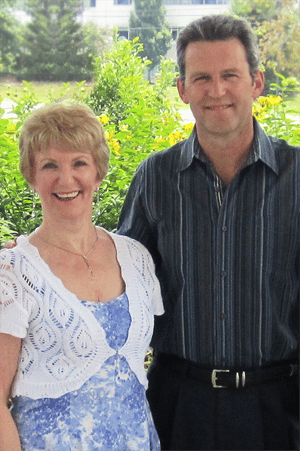 Who We Are Today

Derrick’s dream was to put the finest European hand tools into the hands of American professional tradesmen. This is still our mission today.

Our approach is based on education: we educate ourselves on the realities of the market and provide our customers with the specifics on the hand tools that we believe would best suit their needs. Our motivation and passion for excellence, combined with our extensive product knowledge and exceptional customer service are the keys to our success. We constantly strive to generate profit margins for our customers by providing them with the most competitive pricing on an array of superior quality European hand tools.